Want to hire only the best programmers for your project? Then it’s time to make an online coding test a part of your recruitment strategy. Here’s how you do it! 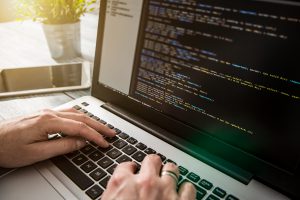 When you’re recruiting programmers and developers to join your team, it makes sense that you only want to deal with the cream of the crop. The best programmers are the ones who will be able to handle your business’ workload without any problem, so you may want to

The best programmers are the ones who will be able to handle your business’ workload without any problem, so you may want to implement a coding test into the recruiting process.

A coding test is pretty self-explanatory: it’s a test that gauges a candidate’s coding skills. There are a few different ways you can implement this into your process, but two of the easiest are in the screening process and in the interview process.

Why implement one? By taking a test, your candidate won’t be able to hide from the requirements of the job under a lot of fancy talking or a buffed-up resume. You’ll know what they’re capable of instantly, and you’ll know whether or not they’re a good lead to pursue.

Any recruiter knows that screening applicants is tedious and time-consuming. While you may have a whole database of candidates to contact, or you have quotas to meet, you don’t know which candidates to pass through to the next round unless they’re screened.

After all, you can’t just pass anybody through. You have to review qualifications and experience, even if you don’t have time to pour yourself over resumes. Wouldn’t it be so much easier if there were something in place to help you screen those candidates faster?

There’s good news: there is!

A coding test can knock out any dud candidates before they even reach you. When you think of a coding test, you probably think of something elaborate, or something that proves that they can do the job.

You’re not wrong, but a pre-interview coding test intended to help screen applicants doesn’t have to be anything super fancy. Something that tests their basic coding skills so you can ensure that they weren’t flat-out lying on their resume is enough.

This is the best course of action as it doesn’t put too much pressure on your other developers, as they have other priorities to handle as well.

It’s up to you to decide how to implement this test. It can be offered as part of the application, so you only make contact with candidates who pass initially. Or, it could be offered after you screen the candidate over the phone.

Once a candidate has completed the phone interview, you can decide from there whether or not you’d like to invite them to take the test. An added benefit to this approach is that, if you’re in the process of screening a candidate with a weak resume, you have solid proof that they can perform the job as described.

However, if their resume was weak for good reason and they don’t pass the coding test, you know better than to waste your time by pushing them forward in the process.

Rather than dealing with the tedium of screening those candidates yourself, do it through an automated coding test. This way, you’ll have more time to source candidates and meet your quotas.

You can also use coding tests as a supplement to an interview. Obviously, if your company is trying to head-hunt programmers and developers, you don’t have enough for the intended workload.

Naturally, you want those positions filled as quickly as possible so your business can go back to working at full capacity. This means that you can’t waste your time with weak employees – and even if they’ve passed the initial screening coding test (provided you’ve implemented one), there are ways they could have beaten the system.

However, you’ve got one more trick up your sleeve: another coding test!

While candidates can use assistance from online resources and people they may be with at the time they take the screening test, one written specifically for the interview will pit them against the code and your goals for them as a programmer.

Using this method, you can easily see which candidates are legitimately skilled at coding and which aren’t worth pursuing further.

There’s always the possibility that you could give them some of your business’ needs a coding test. If it fits into the development process and is generally viable, you can use that to help out the developers already on your team.

A coding test as an interview tool can also help shorten the interview process. Naturally, you can’t eliminate the interview entirely, but you can increase its efficiency.

Just like how any candidate can use any resources to get them through a screening test, any candidate could be charismatic and talk about things they have no idea about. Do you really want to hire somebody like this? Of course not.

A coding test will put their skills to the ultimate test, and it will prove very quickly whether or not they’re qualified for the work they’re being considered for.

It also gives you the chance to see how this candidate works in real time. What are they like under pressure? What kind of solutions do they come up with? Are they creative? Are they confident? Or do they melt down at the first sign of pressure?

After you receive the results of the test, you and your team can analyze them and see if they’re still worth pursuing. If you find they are, you’ll be able to detect any problem areas and focus on those during your candidate’s training.

This helps you weed out anything that they already know. Focus on training them up on concepts they aren’t quite comfortable with, and you’ll get them to the keyboard and actually programming much faster than you would otherwise.

Our last point is more of a word of warning than an actual method of using a coding test. However, it’s important that your candidates believe that you’re taking them seriously.

As you’re looking for programmers for your team, it’s understandable that you’d want to make sure that they’re good to go with basic coding skills. This ties back into our first point regarding coding tests during interviews.

However, the problem with testing skills at an extremely basic level is that the easier the test is, the easier the answers are to find and grasp. If a quick perusal of coding tutorial websites could get someone to the level of passing your coding test, you can guarantee that it isn’t hard enough.

That’s also not to say that the test should be ridiculously hard, either. You want to challenge the candidates, yes, but you also want to make sure they can actually do the work.

The thing is, candidates know that you have to test their skills to verify them. Like we said, they want to be taken seriously. Especially if they’re going out for a high-level position, it’s going to take more to gauge whether they’re a good fit than basic skills.

For the most positive experience possible, you want to make sure that the coding tests you choose mimic real work. This way, your candidate will feel validated, and it has the benefit of making their test results more legitimate.

You don’t need to waste your time making sure that your candidate knows basic textbook knowledge or certain lines of code. Don’t run through a checklist of basics and verify that the candidate’s hit them all.

The best way to take advantage of a coding test is to give them some creativity. Make sure the environment is natural for them, and even give them access to Google and other programming resources, especially if they’d have them while on the job.

This is the easiest and most efficient way to get a good grasp on the candidate’s skills. Both you and the candidate will feel validated, and it has the added benefit of letting the candidate feel more accomplished.

You’ll also get a good feel for what the candidate is naturally capable of, rather than ensuring that they meet a list of textbook requirements – which may very well differ from your business’ requirements.

It’s time to use coding tests to make hires

If you aren’t implementing coding tests into your interview or screening process, there’s a good chance you’re being taken advantage of by candidates.

That’s not to say that everyone applying for jobs is dishonest, but you need a solid, foolproof way to verify that they aren’t completely fabricating their skills. Unless you know programming yourself (and are possibly psychic), coding tests are a perfectly legitimate way to accomplish this.

Coding tests can help you weed out applicants in the screening process, allowing you more time to source and focus on other priorities. Additionally, they can give you a great idea of what a certain candidate is truly capable of.

It’s your own personal decision to decide how to prepare the candidate for the test, or whether to prepare them at all. Regardless of which approach you take, coding tests could be the difference between hiring a fantastic programmer or a complete dud.

If you have questions regarding interview testing and best practices to implement them, we’re happy to discuss that with you! Contact us today!